As the market begins to settle down following the legal reforms surrounding general personal injury, solicitors and insurers are now assessing the positive and negative ramifications of these changes.

The spotlight has now turned to what is perceived as another ‘growth area’ of negligence claims suddenly coming out of the woodwork, with Noise Induced Hearing Loss (NIHL) now being the root of all evil with the headlines comparing it to whiplash.

Is it really that bad? Or is this just another attempt by the media to cause friction between the legal and insurance fraternities, with little regard for those who have truly been affected by NIHL, the claimants.

The more exposed insurers state that 85% of NIHL claims are rejected but this is not supported by industry-wide information that suggests a figure of 50-60%. In fact, as I speak, the ABI in its own research has found it is between 60-70%.

So, other than the volume of claims reportedly increasing, is there really a link between the claims and fraud?

How easy is it to bring a fraudulent NIHL claim?
Firstly, NIHL is tested for by way of an audiogram examination. NIHL produces very characteristic results on an audiogram and there is a further test that can be used - evoked–response audiometry, which will almost certainly prove conclusive.

So of course a large percentage of these claims rejected must be fraudulent?

We must remember that a number of these potential claimants were working in the 1960’s and 70’s and were not aware of when and where the exposure occurred and to the exact the date. Indeed national statistics show that new claims for NIHL date back several years when Health & Safety procedures were less rigorous.

There is no doubt that some general PI solicitors have seen the opportunity to move into this area to increase revenues, as the majority of claims exit the Portal and because of the fixed fee regime (due to the majority of cases having multiple defendants). From our own experience though, firms that enter into this area have found that it is not the panacea they believe and can easily haemorrhage money as only a small percentage of cases succeed past audiogram.

It is therefore incumbent on ATE insurers to work with real experts in this area to ensure that claimants get the best possible advice and, in turn defendant insurers dealing with solicitors who know their stuff.

We all need to work with claimant lawyers and the responsible marketing collectives in stamping out fraud and spurious claims but do we have to continue to pander to those who want to believe that most claims are dodgy?

In this case I don’t believe we do. I have a strong enough belief in our legal system and the robust type of investigation this type of claim faces to conclude that we have sufficient processes in place to weed out claims that have no merit. We must continue to show the general public that claims service PR doesn’t only feature catastrophes such as last year’s floods but that it also supports innocently injured people who deserve to be compensated. 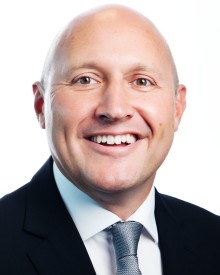 After The Event Insurance –"Right for me, hassle free”

Since the Jackson reforms of 2013, After the Event Insurance has, and continues to be suffering from something of an identity crisis. Steve Rowley reflects on the subject in his first blog of 2015.

Is your firm backing the right ATE provider?

The Cheltenham Festival is the highlight of the jump season calendar and it got me thinking. If the horses running in the Gold Cup were in fact After the Event insurance providers and all the punters in the stands were law firms, which ‘horse’ is the most likely to come out on top?

Choose your partners carefully - collaboration is the key

All of those involved in Claimant Personal Injury work knew post LASPO would be a challenging environment. Less revenue would undoubtedly mean the need for greater efficiency for those staying in the market. In fact, perhaps the most obvious question was whether to go or stay. So for those that have stayed (and for those still unsure) what does greater efficiency mean?