Allianz Insurance has appointed Stuart Darroch to the position of Manchester branch manager.

Having joined Allianz in 2010 as distribution manager, Stuart previously worked in sales and distribution roles for RSA.

“Stuart has a wealth of industry and market experience and was instrumental in building the Manchester branch GWP to £100m I’m confident Stuart will continue to build and strengthen the Allianz proposition across the North West”.

Allianz has also announced that Alex Stuart, regional manager, North West and Scotland will be retiring at the end of December 2017, after 13 years with the business.

“Alex will be greatly missed and I would like to thank him for his contribution during his time at Allianz and wish him the very best for the future”.

Allianz Insurance is one of the largest general insurers in the UK and part of the Allianz Group.

The Allianz Group is one of the world's leading insurers and asset managers with more than 86 million retail and corporate customers. Allianz customers benefit from a broad range of personal and corporate insurance services, ranging from property, life and health insurance to assistance services to credit insurance and global business insurance. Allianz is one of the world’s largest investors, managing over 650 billion euros on behalf of its insurance customers while our asset managers Allianz Global Investors and PIMCO manage an additional 1.3 trillion euros of third-party assets. Thanks to our systematic integration of ecological and social criteria in our business processes and investment decisions, we hold a leading position in the Dow Jones Sustainability Index. In 2016, over 140,000 employees in more than 70 countries achieved total revenue of 122 billion euros and an operating profit of 11 billion euros for the group. 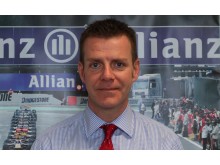