Allianz Insurance has appointed Stephanie Smith and Jacob Abboud to its management board, to replace John Knowles who has decided to retire from the business.

Stephanie Smith has been promoted to the role of chief operating officer (COO), effective from 1 January 2016. Stephanie joined Allianz in 2009, initially working in IT and more recently as director, operations, in Allianz’s Retail division. Prior to joining Allianz, Stephanie worked for British Airways as head of change management for Inflight Services.

Jacob Abboud has joined the business as Allianz’s chief information officer (CIO). Jacob has vast experience in the IT field, most recently as theCIO for savings, insurance and group digital at Legal & General. Prior to joining Legal & General, Jacob held various IT leadership roles in the Retail Banking and Investment Banking sector.

The two appointments follow the announcement that John Knowles will retire from his role as director, IT and offshore operations in January 2016, after 16 years at Allianz.

“John has made an outstanding contribution to our business over the last sixteen years. I would like to thank him for everything that he has done, as a great leader of our IT division, for developing our Indian operations and as a valued member of the management board."

“I am delighted to welcome Jacob and Stephanie to our management board. They both have a wealth of experience across multiple industries and a proven track record of delivering excellent results.”

Both appointments are subject to regulatory approval.

1. Photographs of Stephanie Smith and Jacob Abboud are available to download below. 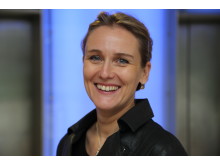