Allianz Insurance has appointed Nick Lock to the position of head of property claims.

Nick’s promotion comes as David Watkins retires from the business after 11 years. David joined Allianz in 2006. During his time at the company, he has been involved in developing Allianz’s property claims proposition and many large and complex claims including the response to major incidents such as the 2011 riots and the December 2015 floods.

In his new role, Nick will have responsibility for all aspects of strategy, technical excellence and customer propositions for the Allianz commercial and household property claims portfolio, including oversight of complex and high value losses.

Nick has worked for Allianz for over 31 years and has held various claims management roles, most recently as major loss team manager for motor and casualty losses.

Graham Gibson, director of claims, Allianz, said: “I would like to thank David for his fantastic contribution. David has been an integral member of the claims management team and has played a key role in strengthening the claims service.

“I am delighted we have been able to fill such a pivotal role internally, it is a testament to the strength of our talented claims team. I have no doubt that Nick’s level of expertise and experience will benefit Allianz’s claims operation and its customers”.

1. An image of Nick is available to download below. 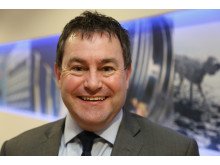