Allianz Commercial has today announced the appointment of Mike Thomas to the role of regional manager, south east region, with effect from 4 April 2016.

Having joined Allianz in 2003 on the corporate management trainee programme, Mike progressed to leadership positions in Claims and subsequently Commercial including development manager, Birmingham and branch manager, Luton. Most recently, he has been responsible for delivering profitable growth with key brokers as a strategic account manager.

Mike succeeds current regional manager for the South East, Gavin Dollings, who has been promoted to a newly created role, where he will take on responsibility for leading the delivery of a key strategic programme within the Allianz business.

Andrew Broughton, director of broker markets, Allianz Commercial, commented: “Gavin’s leadership of the South East region during the past seven years has been pivotal to the consistent success that the team has achieved and I would like to thank him for his outstanding contribution.

“We are delighted to fill this important position internally, which is a testament to Allianz’s continuous investment in its people. I’m looking forward to the wealth of experience that Mike will bring to his new role and know that he will continue to build and strengthen Allianz’s presence in the region.”

1. An image of Mike Thomas is available to download below. 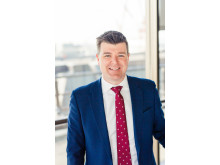