Allianz Commercial has announced the appointment of Ross McCallum as distribution manager at its Woking office.

In his new position Ross will manage the sales and development team and ensure that the local strategy delivers a first class insurance solution to its partners and delivers mutual growth.

Ross originally joined Allianz UK in 2004, before leaving a year later to work in Sydney. In Australia, Ross carried out a number of roles, seeing him work his way up through the business in Allianz Australia from an account manager to distribution manager. Prior to joining Allianz UK, he worked for Zurich in Australia for 12 months as state distribution manager. During this time, he developed his strengths in portfolio growth and relationship management at a local broker level, before moving into a national role setting and managing the strategic relationship with key broker networks.

Andrew Broughton, director commercial broker markets, Allianz Commercial, said: “Having worked with Ross previously in Australia, I am pleased that he has taken on this important role. His knowledge and expertise will be a real asset to the team and he will play a key part in strengthening our presence in the local area. I am confident that Ross will rise to the challenge of meeting our ambitious targets”. 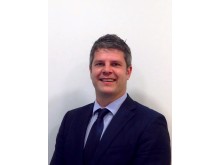